We have undertaken all steps and procedures in members (solvent) voluntary liquidations in the course of the reorganisations of companies and groups and the distribution of company assets.

We have undertaken creditors (insolvent) voluntary liquidations on behalf of the directors. I have advised creditors in relation to involuntary and court winding up of companies.

We have advised several leading insolvency practitioners on a wide range of legal issues that arise in the course of insolvency. We have advised on and implemented arrangements for the realisation and disposals of assets in winding up. We have acted in the recovery of assets and on examination of insolvent companies’ officers in the course of winding up.

We have advised financial institution and creditors on insolvency issues that have arisen in the context of loans, securities and facilities. We have advised and acted in numerous receiverships for lender appointed receivers.

Our experience in the area of insolvency includes

Paul wrote detailed guides which covered Irish and UK insolvency for lender clients in 2009 and subsequently lectured in the Law Society on these issues. He has written detailed summaries of bankruptcy, personal insolvency arrangement, company insolvency, liquidations and examinership which is available on the Irish Legal Guide website. 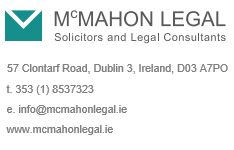 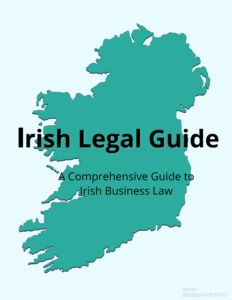